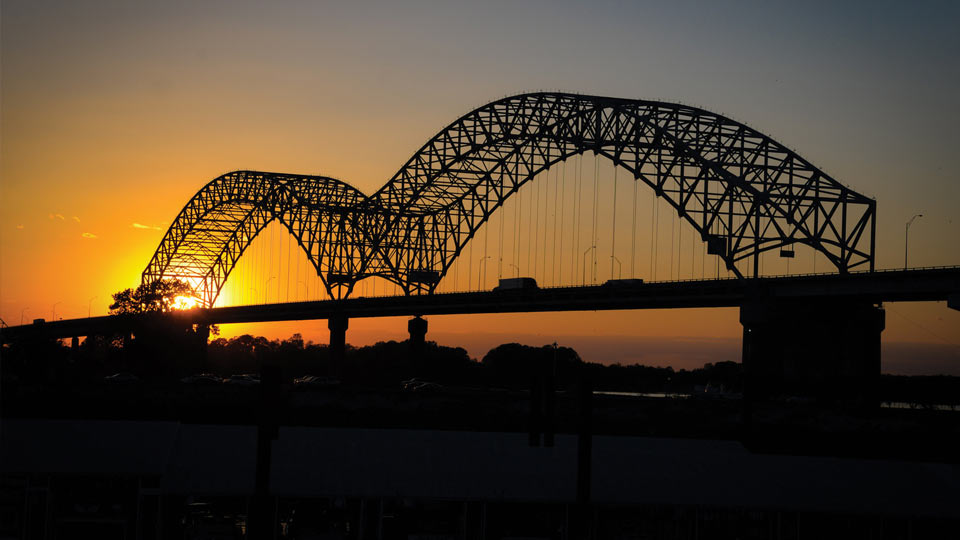 In Tennessee’s largest city, the neighborhoods are packed with live-music joints, the barbecue is some of the best in the world and a bounty of attractions make it easy to experience Memphis’ storied history and vibrant culture. Read on to find out why there’s never been a better time to plan your trip to America’s Music City.

The home of the blues and the birthplace of rock n’ roll, Memphis is an epicenter for live musical performances with a wealth of historic venues.

In fact, many legendary artists have lived and graced the stages of Memphis, including Elvis, B.B. King, Al Green, Johnny Cash and Justin Timberlake. Head to Beale Street, where the first notes of the blues were born, to choose from an array of live-music clubs with nightly performances. Favorites on the drag include B.B. King’s Blues Club, known for continuously playing homage to its blues roots; Alfred’s on Beale, which presents a mix of cover bands; and Silky O’Sullivan’s Pub, where blues singers enjoy backup from two grand pianos.

Memphis has more than 100 barbecue restaurants, and every place has its own cooking techniques along with a menu of mouthwatering specialties. A taste of Memphis-style barbecue — smoked meat (typically pork) slathered with a sweet, spice-packed, tomato-y sauce — is a must. Try the famous barbecue spaghetti (marinara and pulled pork piled high on spaghetti noodles) at Bar- B-Que Shop; or taste the slow-smoked ribs at beloved Central BBQ, where all of their meats are rubbed with a secret combo of dry spices (there are three locations for your convenience). And you can’t go wrong with a visit to Leonard’s Pit Barbecue, a joint that’s been satisfying locals since 1922. We recommend the celebrated pork shoulder sandwich.

Don’t love barbecue? Don’t fret! The ever-evolving food scene in Memphis teems with tons of other delicious dining options, from soul-warming Southern fare to authentic Italian and Mexican. The catfish is divine at Soul Fish, an eatery in Cooper-Young known for serving up the fish a variety of ways including blackened, grilled or fried. The margaritas and chunky, housemade guacamole are lauded at Las Delicias, a locally-owned eatery with three locations that serves up authentic Mexican dishes. And for groups, there’s no better option than Bounty on Broad. The farm-to-table locale in the Broad Avenue Arts District has a family-style menu serving dishes made with locally sourced ingredients. Order what you will from the seasonal menu, but the rotating selection of artisanal cheeses is always wonderful.

The Civil War, the Civil Rights Movement and rock ‘n’ roll are just a few pieces of Memphis history — and you can explore each segment and more at various destinations throughout the city. Starting in the 1840s, Memphis served as the heart of America’s cotton trade. In fact, Front Street in the downtown area was dubbed “Cotton Row” since more than 75 percent of the nation’s cotton came through the city. Walk in the footsteps of cotton traders and examine the fiber’s local and national significance at the Cotton Museum.

The Civil Rights Museum is built around The Lorraine Motel, where The Reverend Martin Luther King, Jr. was assassinated on April 4, 1968. With more than 260 artifacts and captivating interactive displays, the museum chronicles the Civil Rights Movement from the 17th century to the present in moving and intriguing ways. Of course, stops at Graceland to see Elvis’ estate and the Memphis Rock ‘N’ Soul Museum for an all-encompassing journey through the city’s toe-tapping history are vital for music aficionados.

Memphis’ robust events calendar boasts an endless roster of diverse happenings worthy of building your trip around. The blockbuster Beale Street Music Festival at the Memphis in May International Festival also hosts the World Championship Barbecue Cooking Contest. Other tune-filled affairs include the Memphis Acoustic Guitar Festival in June, and the Delta Fair and Music Festival, Gonerfest (a gathering of emerging rock ‘n’ roll artists) and Bona Fide Blues Festival in September.

Some other unusual yet entertaining events to consider are the Rajun Cajun Crawfish Festival in April, when more than 16,000 pounds of Louisiana crawfish are consumed; the Southern Hot Wing Festival in April, featuring a cooking contest with over 50 wing experts; and the International Goat Days Festival in September, which pays tribute to the versatile farm animal (naturally).

Whether you’re seeking a journey through American history, the best plate of barbecue ribs you’ve ever tasted or a tour of some of Tennessee’s most iconic music joints, an escape to Memphis is just the ticket. For more trip ideas, visit memphistravel.com.